A graduate of both Berklee College of Music and Northern Illinois University, Francisco is an active performer in the thriving jazz scene of Washington, D.C. Francisco was born in Puerto Ordaz, Venezuela. In Venezuela, he worked and performed with top renown jazz artists such as drummer Andres Briceño, Pablo Gil and Gustavo Caruci, and was involved as a producer, arranger and musical director for bands in other musical idioms. Since beginning his formal education in the U.S, Francisco has studied and performed concerts with artists such as Richie Hart, Peter Bernstein, Carl Allen, Alain Mallet and Derrick Gardner throughout the United States. During his years Chicago completing a Master of Music degree in Jazz Studies, he was an in-demand sideman in the area and performed at the city’s most prestigious venues, the Chicago Jazz Festival, and top jazz venues of nearby cities such as Milwaukee and Madison, Wisconsin. He has released an album as band leader with Venezuelan guitarist Manuel Reyes entitled “Duet” and also appeared as a sideman in recordings both in Venezuela and the U.S. In addition to being an international performer, he is also very passionate about teaching and has been extensively involved in music education at all levels, from very young beginners through ambitious adult learners. Francisco works with all contemporary styles of guitar-playing, including pop, rock, basic bluegrass, and basic fingerstyle patterns.

Francisco has been a Cardon Studios teacher since Summer 2017.

My daughter  just adores her guitar instructor, Francisco! She was afraid she’d be too embarrassed to show up to guitar lessons, not being a great player. Her teacher is inspiring, encouraging, understanding, and knowledgeable. I couldn’t be more pleased with Cardon Studios’ instructors!

When Francisco teaches, he explains things in a very detailed way which makes it easy for me to understand. He has taught me more in 2 years than I learned with my two previous guitar teachers in 4 years!

Francisco is good with kids. He allows the kids to express their opinions and takes their interests into consideration when teaching. I like the way he mixes music theory with practical details. 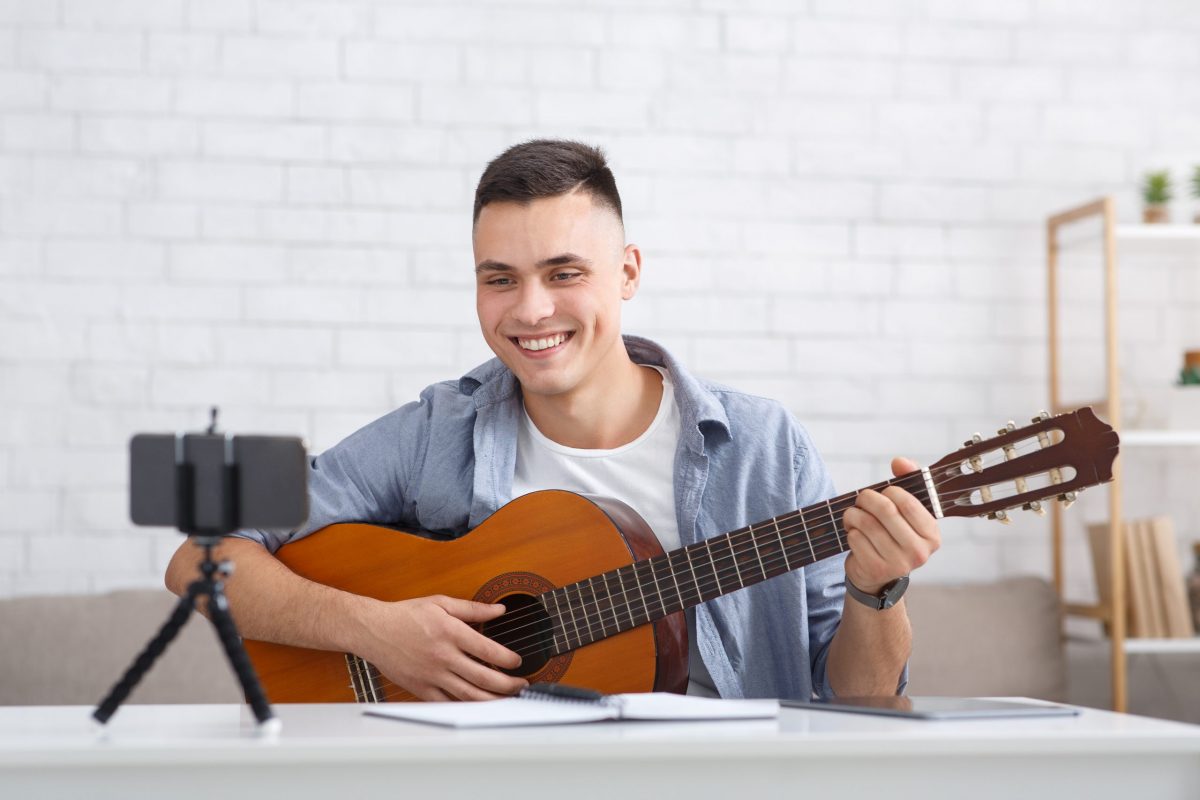 Schedule a Lesson with Francisco

Complimentary for new students, your Intro Session is a fun, no-pressure chance to meet with a teacher, receive a personalized assessment, and ask your questions about online lessons. We can’t wait to help you reach your goals!

Independently owned and operated, Cardon Studios is dedicated to providing an intimate learning experience and fostering participation within the global community of singers, musicians, and artists.

We use cookies on our website to give you the most relevant experience by remembering your preferences and repeat visits. By clicking “Accept All”, you consent to the use of ALL the cookies. However, you may visit "Cookie Settings" to provide a controlled consent.
Cookie SettingsAccept All
Manage consent

This website uses cookies to improve your experience while you navigate through the website. Out of these, the cookies that are categorized as necessary are stored on your browser as they are essential for the working of basic functionalities of the website. We also use third-party cookies that help us analyze and understand how you use this website. These cookies will be stored in your browser only with your consent. You also have the option to opt-out of these cookies. But opting out of some of these cookies may affect your browsing experience.
Necessary Always Enabled
Necessary cookies are absolutely essential for the website to function properly. These cookies ensure basic functionalities and security features of the website, anonymously.
Functional
Functional cookies help to perform certain functionalities like sharing the content of the website on social media platforms, collect feedbacks, and other third-party features.
Performance
Performance cookies are used to understand and analyze the key performance indexes of the website which helps in delivering a better user experience for the visitors.
Analytics
Analytical cookies are used to understand how visitors interact with the website. These cookies help provide information on metrics the number of visitors, bounce rate, traffic source, etc.
Advertisement
Advertisement cookies are used to provide visitors with relevant ads and marketing campaigns. These cookies track visitors across websites and collect information to provide customized ads.
Others
Other uncategorized cookies are those that are being analyzed and have not been classified into a category as yet.
SAVE & ACCEPT